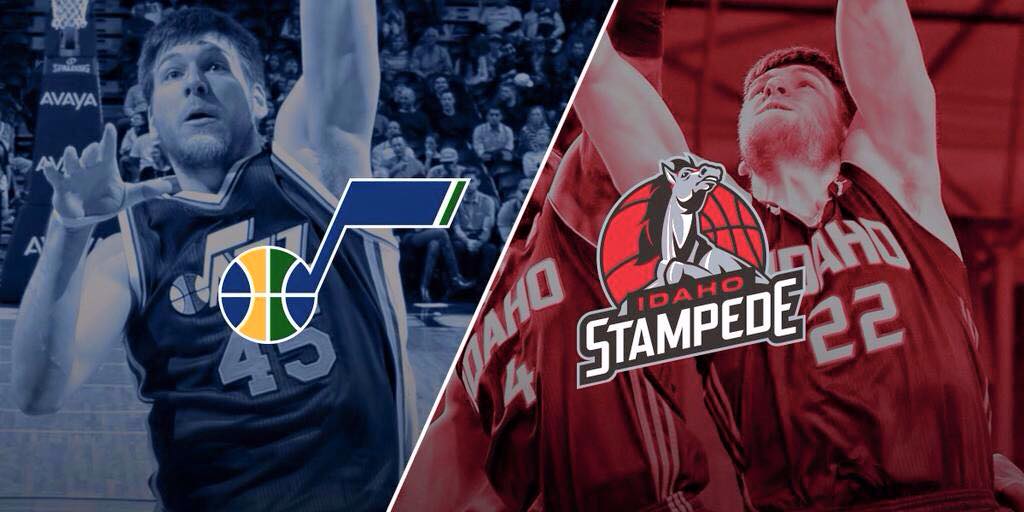 Miller Sports Properties and the NBA Development League today announced that the Utah Jazz have acquired the Idaho Stampede, becoming the eighth NBA team to fully own and operate their own NBA D-League team. The Stampede have also signed a one-year contract extension with the downtown arena and will continue to play in Boise, Idaho for the 2015-16 NBA D-League season. Per team policy, financial terms were not released.

“Our purchase of an NBA D-League team reflects the value we place on having an exclusive affiliate for player development and building the scope of our basketball operations to support the Jazz,” said Randy Rigby, Utah Jazz president. “It is a tremendous commitment from the Miller family to make this acquisition that will contribute to our pursuit of becoming a championship-caliber team.”

Last summer, the Jazz and Stampede entered into a single affiliation for the 2014-15 season where the Jazz managed all aspects of the Stampede’s basketball operations while the local ownership group, headed by Bill Ilett, maintained the primary responsibility for the team’s off-the-court business operations and community initiatives.

“A great relationship has developed with the ownership and community in our one-to-one affiliation,” Rigby said. “Now we are prepared to go one step further and become the sole operators of the NBA D-League team and fully control the business and basketball operations. We believe this ownership model will be part of our long-term success.”

Steve Brandes will continue as the president of the Idaho Stampede. He has been with the Stampede’s front office for 13 years, including eight seasons in his current role. Through his time, Brandes has helped the team’s transition to the NBA D-League from the Continental Basketball Association and its move to the 5,000-seat CenturyLink Arena. The Stampede won the 2008 NBA D-League championship.

“The local Idaho Stampede ownership group is thrilled to take the next step in the team’s growth and maturity,” said Ilett, managing investor of the Boise team. “By selling the franchise to the Jazz, we are helping to fulfill the NBA D-League’s vision to eventually have 30 minor league teams matched up with NBA franchises. We are so fortunate to have one of the top NBA clubs involved with the Treasure Valley and our great sports fans. The Jazz organization will take the Stampede to a level I would never have dreamed of when we started in 1997.”

“It has been exciting to watch the partnership between the Jazz and Stampede flourish this season, and the increased investment by the Jazz in its NBA D-League affiliate is further proof of the value NBA teams place in the league,” said NBA D-League President Malcolm Turner. “Stampede managing investor Bill Ilett has been a passionate leader in the Treasure Valley and an invaluable asset as the NBA D-League has grown. The Jazz and Stampede have always had the shared goals of being pillars of their communities, and I’m confident that vision will carry into the team’s future.”

The Jazz have called up 20 different players from nine NBA D-League teams since the 2001-02 season. Players on the current Jazz roster with D-League experience include Ian Clark, Jack Cooley, Bryce Cotton, Jeremy Evans, Rudy Gobert, Grant Jerrett and Elijah Millsap. Since player assignments began in 2005, the Jazz have had five different NBA D-League shared affiliates and have placed 10 different players on a total of 24 assignments, including three players this season on four assignments to Idaho.

Located less than 350 miles from Salt Lake City, the city of Boise has long had a strong Jazz fan base and has many ties to the Jazz organization. Utah previously shared affiliation with the Stampede during the 2006-07 and 2011-12 seasons. In addition, Utah held training camps on the campus of Boise State University from 2005-08, and has played eight preseason games in the state of Idaho over the years, including six in Boise.

The first Stampede player ever called up by the Jazz, Sundiata Gaines, hit one of the most memorable shots in Jazz franchise history – a dramatic buzzer-beating, game-winning three-pointer on the ninth day of his initial 10-day contract to beat LeBron James and the Cleveland Cavaliers, 97-96, on January 14, 2010.

The 18-team NBA Development League, founded in 2001, is the NBA’s official minor league whose teams have direct affiliations to NBA franchises. This season, more than 40 NBA D-League players have earned more than 50 GATORADE Call-Ups to the NBA, while 55 NBA players have spent time in the NBA D-League on assignment. More than 40 percent of the last five NBA Draft classes have honed their skills in the D-League, including 15 2014 first-round selections.