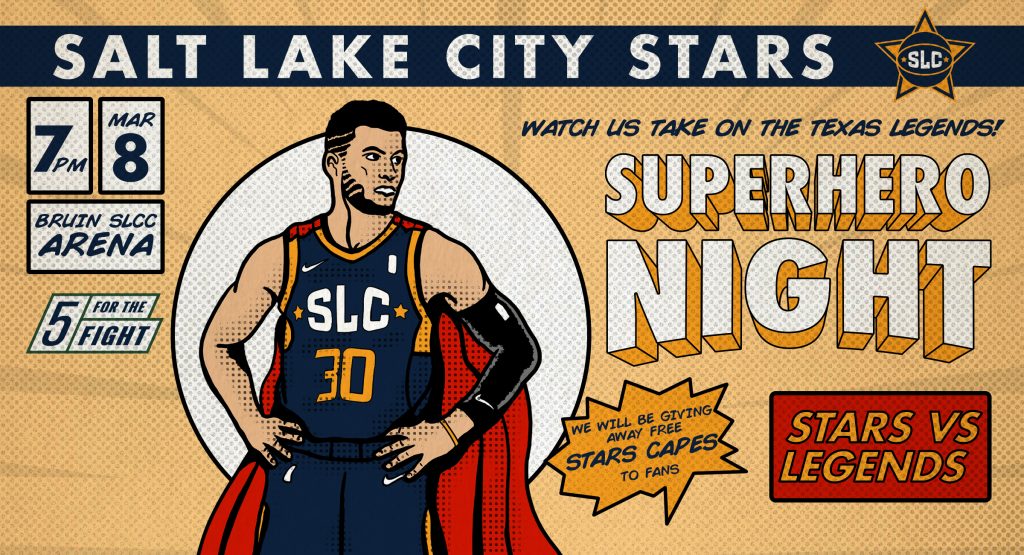 The Salt Lake City Stars, the NBA G League affiliate of the Utah Jazz, will host “Superhero Night” presented by 5 For The Fight on Friday, March 8 at Bruin Arena (SLCC Taylorsville), when the team faces the Texas Legends. Doors will open at 6 p.m. with tipoff at 7 p.m.

At the game, we’ll have your family’s favorite characters; including Batman, Spiderman, Wonder Woman and Captain America! We’ll also distribute Stars capes to the first 300 kids in attendance and encourage fans to dress up in their comic costumes.

Other activities for the night will include face painters, balloon artists, inflatables and a pop-a-shot in the FREE University of Utah Health Kids Zone, as well as appearances by the Jazz entertainment team and Buster the Bear.

At the conclusion of the game, select Stars players will participate in a postgame autograph session on the court. Reminder that parking is free.