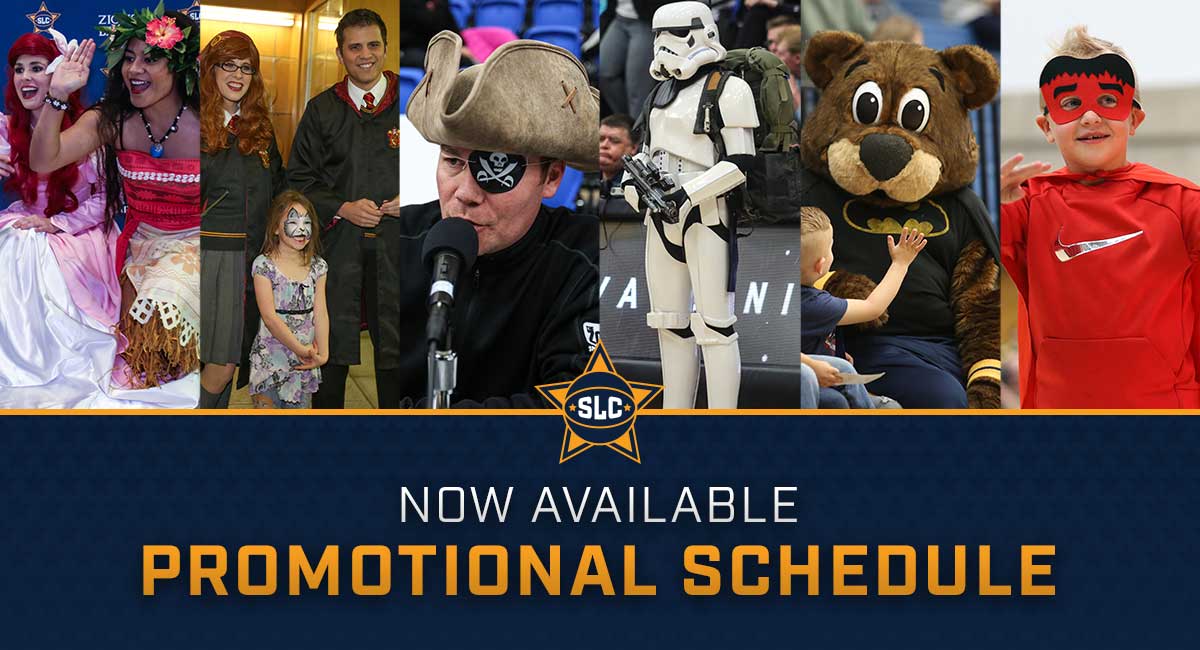 SALT LAKE CITY (October 12, 2018) – The Salt Lake City Stars, the NBA G League affiliate of the Utah Jazz, will host three contests at Vivint Smart Home Arena during the 2018-19 season: the team’s home opener on Nov. 6 vs. Texas, Dec. 13 vs. Northern Arizona and Feb. 8 vs. Santa Cruz. For the third-straight season, the club’s remaining home games will be played at Bruin Arena on the campus of Salt Lake Community College in Taylorsville.

“We are eagerly anticipating another season of fun, family-friendly and affordable Stars basketball,” said Jonathan Rinehart, president of the Salt Lake City Stars. “We are always looking to find ways to enhance the fan experience at our games with engaging theme nights for the whole family while we continue to develop talent on the court for the Utah Jazz franchise.”

All home games at Bruin Arena will include inflatables, pop-a-shot, face painters and balloon artists in the Kids Zone, presented by University of Utah Health, as well as appearances by the Stars Stunt Team and Buster, the team’s mascot. At the conclusion of every home game, select Stars players will participate in a postgame autograph session for fans on the court.

The 2018-19 campaign marks the Stars’ third season in Salt Lake City. Head Coach Martin Schiller returns for his second year at the helm, leading a roster highlighted by two-way players Tyler Cavanaugh and Naz Mitrou-Long, who will split their time between the Jazz and Stars this season.

A full theme night schedule is below:

More information about select theme nights, including a design of the bobblehead for the March 1 contest, will be released throughout the season.

2018-19 Stars season tickets are also on sale at www.slcstars.com or by phone at (801) 325-STAR (7827). Season ticket membership benefits include the best ticket prices, exclusive events with Stars players and coaches, and more.