The Salt Lake City Stars, the official NBA G League affiliate of the Utah Jazz, enjoyed their most successful campaign in Utah in 2018-19, earning their first playoff berth in Salt Lake City and logging their most wins since 2008-09 when the franchise was based in Boise as the Idaho Stampede.

As they enter their fourth season in Salt Lake City, the Stars are poised to build on that foundation.

With the release of the NBA G League’s 2019-20 schedule, below are some highlights to watch for the upcoming Stars season:

The Stars begin the 2019-20 season on the road, but the team returns to Salt Lake City to face the defending NBA G League Champion Rio Grande Valley Vipers on Friday, Nov. 15. The Stars won the season series in 2018-19 against the Houston Rockets affiliate (3-1), splitting their pair of home games vs. the Vipers.

The Stars earned their first playoff berth in the Salt Lake City Era (since 2016-17) last season, ultimately falling to the Oklahoma City Blue in the single-elimination First Round of the 2019 NBA G League Playoffs. The Stars will host the Thunder affiliate in a playoff rematch for a back-to-back set in Utah on Friday, Jan. 31 and Saturday, Feb. 1, marking one of their three home/home back-to-backs this season. 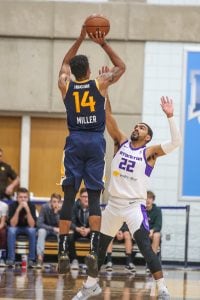 The Stars’ 50-game schedule concludes with the season finale at home on Friday, March 27 vs. the Stockton Kings. The final game of the regular season features the chance for fans to connect with the Stars through full team autographs and photograph opportunities.

The Stars will be home for the holidays, as a back-to-back set on Friday, Dec. 27 and Saturday, Dec. 28 kicks off a stretch of 12 of 16 games played at home through early February. The team’s longest homestand is a six-game span from Wednesday, Jan. 22 to Monday, Feb. 3.

WEEKENDS WITH THE STARS

This season, 13 of the 24 Stars home games fall on Friday or Saturday nights, beginning with the home opener on Friday, Nov. 15 and concluding with the season finale on Friday, March 27.

ON THE ROAD… AGAIN

The Stars’ schedule begins and ends with road-heavy stretches. The club plays five of its first seven games away from Salt Lake City and ends with six of its final eight games on the road.

This season, the Stars’ roster is highlighted by 2019 Utah Jazz draftees Jarrell Brantley (50thoverall) and Justin Wright-Foreman (53rdoverall), who signed with the Jazz as two-way players on July 16. The pair will split their time between the Jazz and Stars this season. 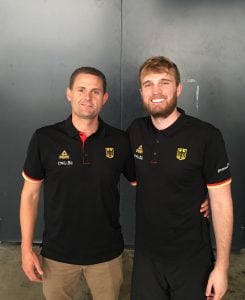 Head Coach Martin Schiller returns for his third campaign leading the Stars. Schiller spent the summer assisting the German National Team during the FIBA World Cup and helping the Jazz during Summer League in Salt Lake City and Las Vegas.

EYES ON THE JAZZ

The Stars and Jazz will maintain their close relationship throughout the upcoming season. In addition to the two-way players, seven members currently on the Jazz roster own NBA G League experience: