The announcement of the Stars relocating to Salt Lake City has also coincided with a hot rebrand and a first look at the Stars new uniforms.

The Salt Lake City Stars primary logo features a SLC monogram at its center, representing Salt Lake City. The monogram rests inside a navy basketball, which is enveloped by a gold star.

The SLC monogram and the Salt Lake City Stars wordmark are flanked by smaller stars, whose shape and placement are reminiscent of the classic ABA Utah Stars uniform. The team colors of navy and gold are shared with the Jazz, reinforcing the partnership between the two teams. All logos were designed by the Larry H. Miller Sports & Entertainment Creative Services department. 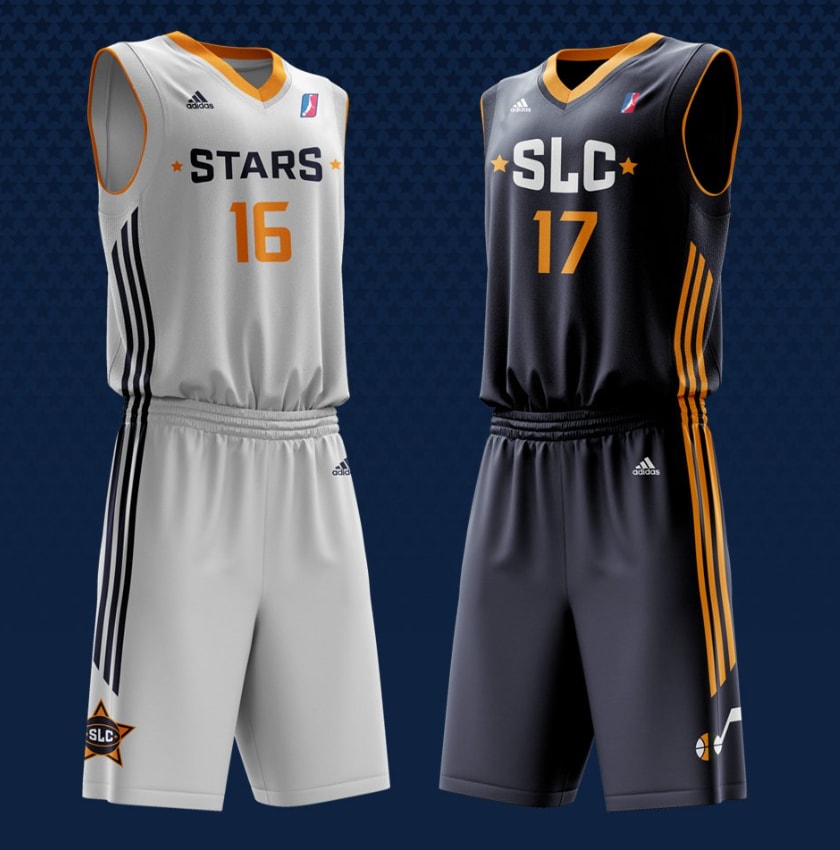