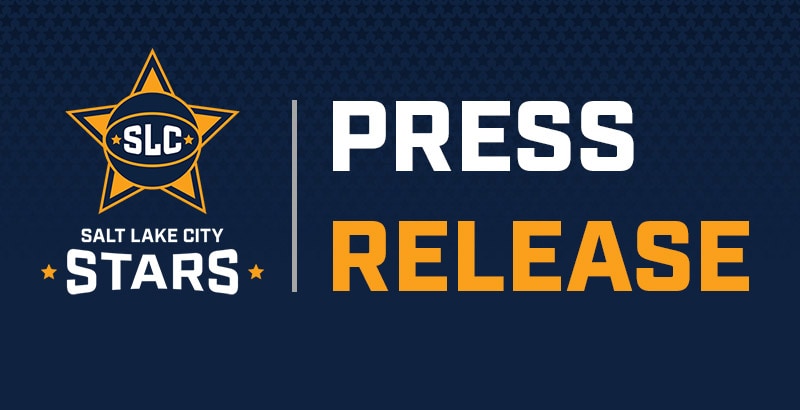 SALT LAKE CITY (August 22, 2017) – Jonathan Rinehart, a 12-year veteran of the Utah Jazz staff and most recently the vice president of communications, was named today as the team president of the Salt Lake City Stars, the NBA G League affiliate of the Jazz, announced Don Stirling, executive vice president of Larry H. Miller Sports and Entertainment.

“As the Stars begin their second season in Salt Lake City, we are pleased to have Jonathan in a management role due to his extensive experience in the NBA and knowledge about the business and basketball sides of a franchise,” said Stirling. “This is a great opportunity in his taking the leadership reins for one of our growing properties that has a direct impact on the Jazz.”

Bart Sharp, who served as the Stars’ general manager last year, has been appointed as the senior vice president of marketing for the Utah Jazz. Bart Taylor, vice president of basketball operations, continues in his role handling Stars player personnel decisions and assignments.

Rinehart originally joined the organization in August of 2005. As vice president of communications for the past three seasons, he directed all publicity, strategic communications and media relations efforts for the Jazz while serving as team spokesperson and primary liaison between local and national media and the Jazz’s front office, coaches and players. He also represented the Northwest Division on the NBA’s Public Relations Advisory Board for the last six seasons.

Additionally, he will continue to serve as executive director and primary organizer of the annual Utah Jazz Summer League, which returned NBA summer league basketball to Utah for the first time since 2008. The three-day, six-game event has drawn nearly 75,000 fans over the last three summers. Rinehart previously served as tournament director of the Jazz’s Rocky Mountain Revue summer league from 2006-08.

Prior to joining the Jazz, Rinehart spent two seasons (2004-05) as director of communications for the Colorado Crush of the Arena Football League, guiding the organization’s publicity efforts through the team’s 2005 ArenaBowl Championship. In addition, Rinehart also managed media requests and commitments for team CEO/co-owner John Elway. Rinehart previously spent two seasons working in the media relations department for the Denver Nuggets following internships with both the Dallas Cowboys and Dallas Mavericks.

A native of Memphis, Tenn., Rinehart earned his bachelor’s degree in journalism from Southern Methodist University (SMU) in Dallas, graduating with honors and departmental distinction. He and wife Ashley have two children: five-year-old son Dylan and four-year-old daughter Juliet.

After relocating from Boise, Idaho, the Stars made their home last season on a refurbished court at Salt Lake Community College in Taylorsville. The Stars played 50 games, compiling a 14-36 record which placed them fifth in the Pacific Division. The Stars created an affordable, family friendly atmosphere with a Kids Zone, new Buster the Bear mascot and charity events like the Teddy Bear Toss.

Beginning with the 2017-18 season, the NBA G League will feature 26 teams, an expansion of four teams since last season, 22 of which are owned and operated by NBA franchises. For the first time, the Jazz/Stars can sign up to two “two-way” players to NBA contracts. Forty-four percent of players on 2016-17 end-of-season NBA rosters had NBA G League experience.