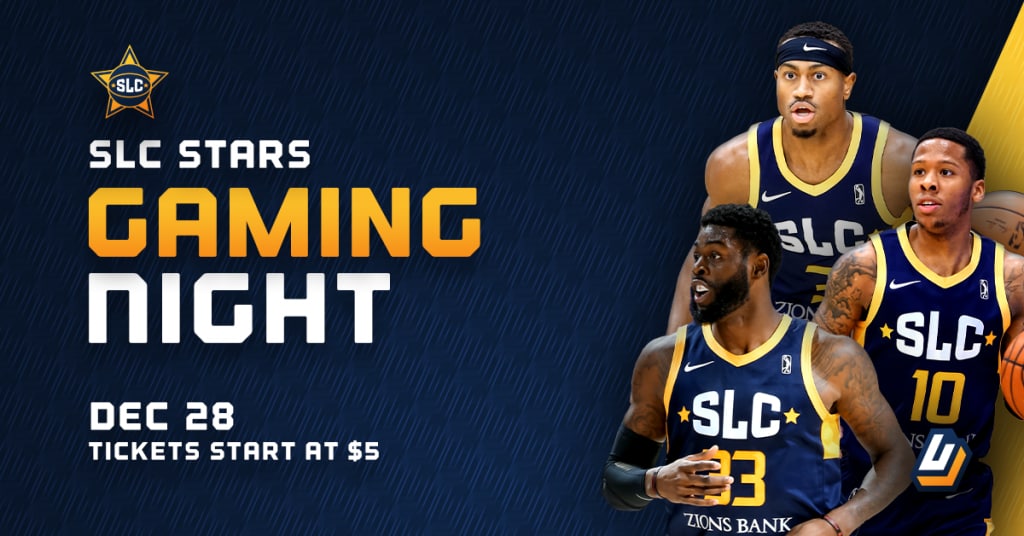 The Salt Lake City Stars, the NBA G League affiliate of the Utah Jazz, will host Gaming Night presented by Port of Subs on Friday, December 28 when the team faces the Austin Spurs. Doors to Bruin Arena on the campus of Salt Lake Community College in Taylorsville will open at 6 p.m. Tipoff is at 7 p.m.

Utah Jazz Gaming, the NBA 2K League affiliate of the Utah Jazz will have Xbox and PS4 consoles for kids to test their skills. Fans are also encouraged to dress up in their favorite gaming costumes. Mario and Princess Peach will be in attendance to take photos with fans.

Other activities for the night will include inflatables, pop-a-shot, face painters and balloon artists in the Kids Zone, presented by University of Utah Health, as well as appearances by the Stars Stunt Team and Buster.