When the Salt Lake City Stars closed the books on their most successful season in Utah, highlighted by the franchise’s first playoff berth in 10 years, the players on the 2018-19 roster turned to Summer League as the next opportunity to showcase their talents.

For five members of the Stars, that meant wearing a Utah Jazz jersey and competing in July with the NBA squad in Salt Lake City and Las Vegas. 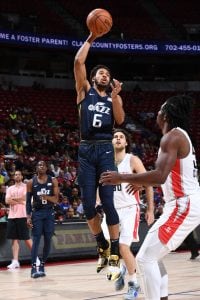 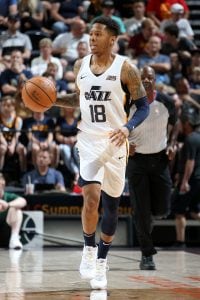 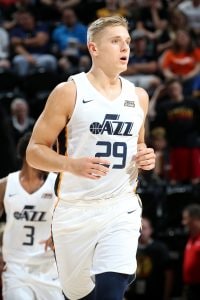 Willie Reed, the No. 1 overall selection by the Stars in the 2018 NBA G League Draft, appeared in six total games with the Jazz in Salt Lake City and Las Vegas. The NBA veteran averaged 9.7 points, 7.5 rebounds, 1.0 assist and 1.0 block in 18.2 minutes over six games (three starts) with Utah.

Reed returned to the court for the first time in more than six months, following a season-ending right shoulder injury he sustained in January while playing with the Stars. The center had posted averages of 20.1 points and 11.3 rebounds on 66.5 percent from the floor in 21 games (all starts) with Salt Lake City before the injury.

“I’ve been taking contact. I’ve fallen on it, gotten hit on it a couple of times really hard,” Reed told UtahJazz.com ahead of Summer League.“Once I did that, I knew I was back.”

Isaiah Cousins, who wrapped up his second season with Salt Lake City, competed in seven games (four starts) with the Jazz summer squad. The Stars’ leader in assist-to-turnover ratio last season, Cousins averaged 6.6 points, 3.9 assists, 3.7 rebounds and 1.0 steal in 22.0 minutes with the Jazz. 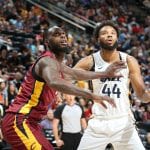 Tre’Shaun Fletcher appeared in three games with the Jazz this summer, averaging 4.0 points, 2.0 rebounds and 1.0 assist in 12.2 minutes in Salt Lake City and Las Vegas. During the 2018-19 Stars season, the guard/forward returned from a left knee injury he sustained in college, playing in nine games with the NBA G League club on his road to recovery. In addition to his Summer League duties, Fletcher also chipped in as a guest coach at Jazz Youth Camps and Clinics. 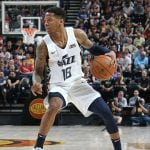 Jairus Lyles logged his second summer stint with the Jazz, averaging 4.0 points, 2.8 assists, 2.5 rebounds and 1.0 steal on 42.9 percent from three-point range in 14.7 minutes over six games (two starts) with Utah. Lyles, who was in training camp with the Jazz to start last season, scored 41 points off the bench in a Stars win on March 12 at Rio Grande Valley, the most points scored by a Stars player in a game in the Salt Lake City Era (since 2016-17).

Tanner McGrew marked his first career Summer League by playing in seven games (four starts) with Utah in Salt Lake City and Las Vegas. The West Virginia Wesleyan product, who was acquired by the Stars midway through the 2018-19 campaign, averaged 6.3 points, 3.1 rebounds and 1.4 assists in 17.7 minutes. In addition to his play with the Stars last season, McGrew competed with the USA Men’s World Cup Qualifying Team under Head Coach Jeff Van Gundy in February.

Stars fans also caught a glimpse of the future during Summer League. 2019 draft picks Jarrell Brantley (50thoverall) and Justin Wright-Foreman (53rdoverall), who were signed as two-way players on July 16, donned an NBA jersey for the first time this summer.

As two-way players, Brantley and Wright-Foreman will split their time between the Jazz and Stars. Per NBA rules, two-way players cannot spend more than 45 days with their NBA team during the NBA G League season.

These two go way back!
From being college rivals to WINNING a $100K 3-on-3 tournament together, Justin Wright-Foreman and Jarrell Brantley are more than teammates.
Read the full story: https://t.co/39Fbxs0tec
⭐️ #ItSTARTsHere pic.twitter.com/bGQ5fpVMci

Tony Bradley, who appeared in 20 games (all starts) with the Stars on assignment from the Jazz in 2018-19, had a stellar performance as a member of the Jazz Summer League team. The 28thoverall selection in the 2017 NBA Draft, Bradley finished Summer League with averages of 19.8 points, 13.0 rebounds and 1.6 blocks on 57.4 percent from the field in five games (all starts) in Las Vegas and Salt Lake City. The Jazz center also earned 2019 SLC Summer League Standout honors.